It's part of a general rise in car theft nationwide. The Insurance Information Institute says that 707,758 motor vehicles were reported stolen in the U.S. in 2015. This marks a 3.1 percent increase between 2014 and 2015 alone according to the FBI’s 2015 Uniform Crime Report.

The driver behind that increase is demand for cars in developing countries, making 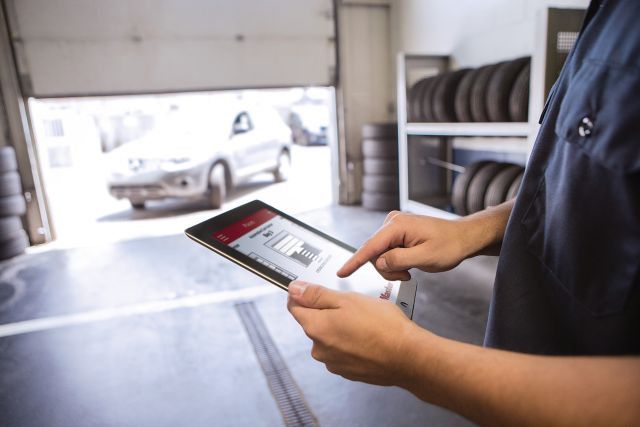 the likelihood of theft particularly high in port cities and along the Mexican border. Cars are either driven over the border or put in shipping containers.

The crews responsible for these thefts are large and organized: In February of 2014, U.S. Immigration and Customs Enforcement (ICE) busted a 29-member car theft ring in New Jersey. The ring had been stealing luxury cars in New Jersey and New York then shipping them to West Africa where they were sold for large profits, according to an ICE statement.

But while new luxury cars make the news they're by no means the sole target. "Theft from dealerships is very common and the cars stolen run the gamut from luxury to budget," says Chris E. McGoey, a Los Angeles-based security consultant who has worked with dealerships.

He says that thieves even target used car lots. "Popular ten-year-old models like Honda Civics or Accords are stolen for the value of their parts," he says.

There's a common thread among most of the stories about dealer theft: More often than not, thieves got access to the keys and simply drove the cars off the lot. Some of them work with dealership employees,

while others are more brazen. For instance, thieves stole two Jaguars from a Naperville, IL. dealer while they were being washed. The Naperville Sun quoted the general manager as saying "They walked right up, got right in the cars and left like they owned them."

McGoey says that dealers are starting to pay more attention to key control (including removing them while washing the car), but most still aren't doing enough when it comes to securing the lot perimeter. That's unfortunate, because good perimeter security would likely have stopped many of these thefts.

He says that dealers believe it's cheaper to insure the cars than to invest in security. However, insurers have their eyes on the problem. For instance, Travelers Risk Control department is recommending a suite of security measures for its dealer customers that range from lighting and security cameras to monitored and credentialed access control and gate operators.

Of course cameras won't stop a theft, and even the companies that make them suggest that they be combined with good perimeter access solutions. "After-hours, traffic control spikes can be raised to prevent cars from being taken off the lot without severe damage," writes Carlos Hazbun of eCam Secure, a Long Beach, Calif. provider of commercial security technology. "They're best used in conjunction with gate operators, fences or walls, forming a secured entry point."