The Promise of ‘Enchanted' Architecture

The built environment needs to cut down on its screen time and find new ways to make existing products and spaces "smart."

The Internet of Things (IoT) has arrived. From connected automobiles to pet-tracking chips, the movement describes an ever-growing constellation of products and devices that communicate with the Internet and one another, manifesting the World Wide Web within the physical sphere. The IoT phenomenon is accelerating so rapidly that “the combined 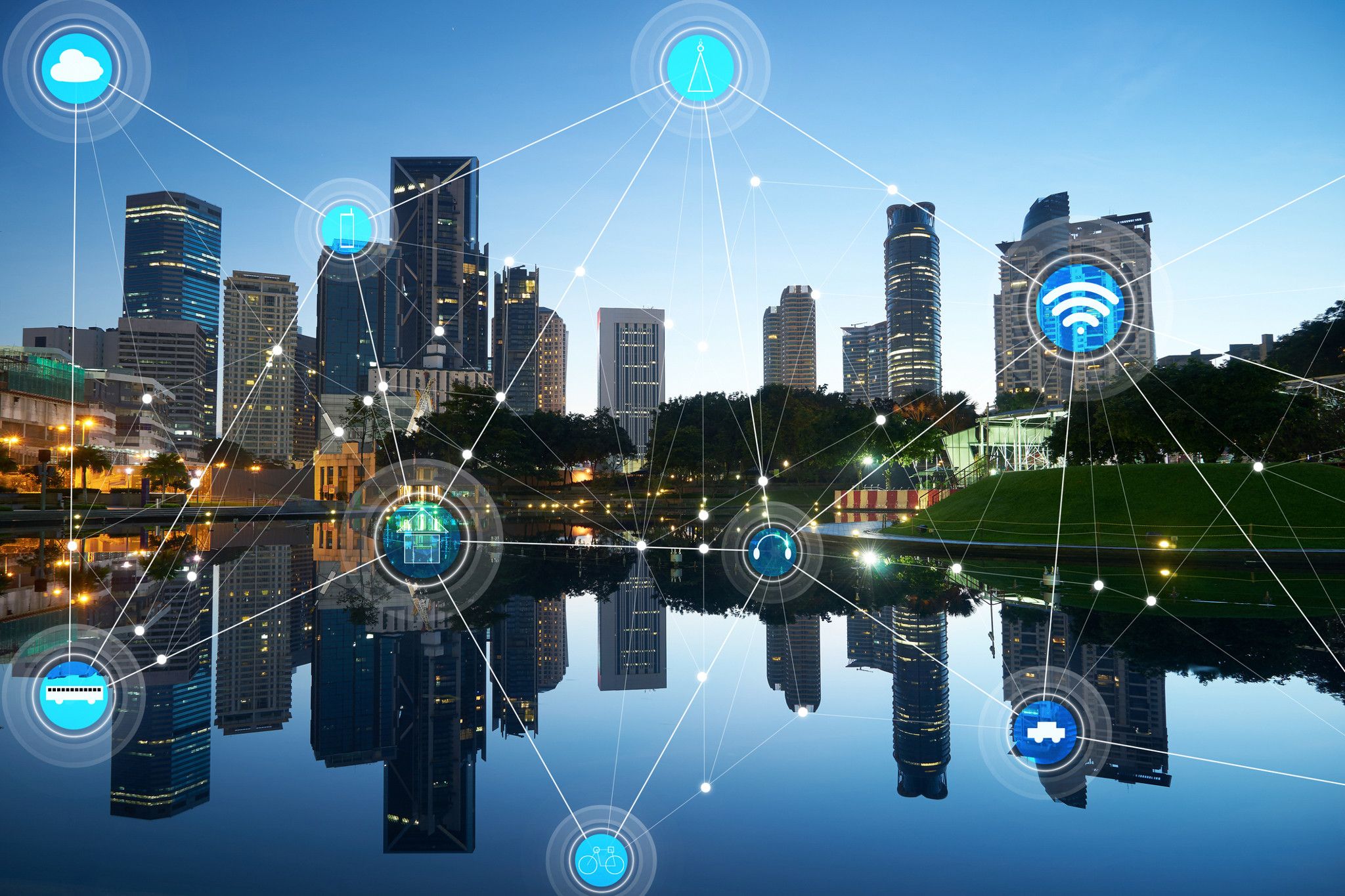 level of robotic chatter on the world’s wireless networks ... is likely soon to exceed that generated by the sum of all human voice conversations taking place on wireless grids," according to a 2012 article in The New York Times.

In The Silent Intelligence: The Internet of Things (DND Ventures, 2013), authors Daniel Kellmereit and Daniel Obodovski describe IoT's inconspicuous emergence. "Technology is making things around us smarter, yet we’re often not even aware of it," they write. One reason is that pervasive computing does not always assume the form of a screen. Certainly, digital displays have proliferated to an unprecedented extent, but screens are not the only indicator of smart machines. And that’s a good thing, says David Rose, whose company, Vitality, makes smart products for medication management. Rose is also a visiting scientist at the MIT Media Lab and the author of Enchanted Objects: Innovation, Design, and the Future of Technology (Scribner, July 2014). In his book, Rose calls the screen "a blunt instrument" that does nothing to improve our relationship with computing. He offers the preferred alternative of the “enchanted object,” which is an ordinary item, such as a cup, pen, or table, that has been made extraordinary by the integration of emerging technologies.

"Technologically augmented surfaces and spaces should receive the same thoughtful design consideration that architects give to passive materials and details."

With cleverly embedded sensors, processors, and wireless capabilities, these seemingly magical products will delight us in the way that fairy tale objects enhanced their lucky owners’ activities. Rose offers examples including a wallet that inflates when an electronic deposit is received, a shoe that tracks an individual’s fitness level, and an illuminated orb that changes color with fluctuations in the stock market. These devices do not attempt to mimic the comprehensive capabilities of a laptop or smartphone but instead provide functionality that is immediately useful without contributing more screen-based visual noise.

Instilling enchantment in objects is a compelling notion—but what about in architecture? The built environment already suffers from an over-reliance on the screen. Electronic displays, which are now common elements in airports, schools, and museums, are nearly always a later add-on to architecture, rather than an integral component. As Rose puts it, the dream of a screen-based world promoted by Microsoft and other tech companies lacks imagination: “It just extends the familiar and obvious line forward: same thing, different sizes, different places.” Technologically augmented surfaces and spaces should receive the same thoughtful design consideration that architects give to passive materials and details, and therefore participate in a substantive, holistically crafted vision.

Based on Rose's examples, I would offer at least three roles that “enchanted architecture” could serve, considering the objectives of safety and security, resource management, and communication enhancement. These functions provide one of two types of additional controls without relying on traditional screens: the awareness of information that is otherwise imperceptible (or difficult to monitor constantly) and/or the management of physical components that are otherwise difficult to access.

Lockitron is a Bluetooth-enabled door hardware that enables users to lock and unlock doors remotely through an iOS or Android app, and can be used to grant access to specific individuals, such as Airbnb guests or caretakers. The desire for physical protection extends to building maintenance and repairs, which are sometimes difficult to detect. A smart wallpaper could begin to glow in areas where leaks or mold growth are occurring within a wall cavity. When touched, the wallpaper could reveal the location of hidden construction elements, such as studs and plumbing, to facilitate repairs.

Web-enabled HVAC controls can detect occupancy to save energy when no one is home and let users program their preferred settings. Rose offers the similar example of an energy-monitoring luminaire that can subtly change its hue based on an occupant’s power consumption, encouraging energy conservation when spaces are occupied.

Google’s Latitude Doorbell communicates the progress of family members’ return commutes by broadcasting a unique ringtone for each individual based on their proximity to home. MIT’s Balance Table promotes a more equitable group conversation by increasing the illumination near each speaker, encouraging extrovert–introvert equity. And designer and digital strategist Sheng-Ying Pao’s LightByte (shown below) is a solar shade that doubles as a communications display, enabling users to convey information remotely to building occupants via a matrix of manipulable “sun pixels,” or projections of natural light.

These examples demonstrate the benefits that technological enchantment can bring to architecture, without the added visual noise of conventional displays. Still, the increasing presence of smart building products raises familiar technological concerns. For example, what happens when enchanted components freeze up or glitch out like any other electronic device? Will users be required to perform a hard-reset on malfunctioning building products? Another problem is obsolescence. Given the speed of technological transformation in both software and hardware, will building owners be unwilling to adopt enchanted elements for fear that they will soon become outdated? Security is another concern, since computational capacity brings the potential for hacking.

These problems will require ongoing attention as the IoT phenomenon, which is rapidly taking shape and is arguably inevitable, continues to permeate the construction industry. To Rose, the future of enchanted objects hinges upon a successful dialogue among technologists, business strategists, and product designers. Such a future also requires the involvement of architects, given our pivotal role in orchestrating the physical substance of what will become an increasingly intelligent built environment.

This article was originally published by Architect magazine on March 10, 2016.