As home technology and automation devices and systems accelerate through their early stages, how can home builders offer what's meaningful and avoid what's ephemeral?

By John McManus
When it comes to home technology, new home builders tread a thin line.

Simply, it's a cost versus value dilemma, cost being a variable that occurs like a snapshot in time, and value one that only accrues in time-released increments.

Home builders fret about home technology because it's hot. Early adopters, although there are few of them, are a vocal "influencer" bunch of souls. They--along with the marketing systems of pioneering enterprises in the home automation field--cloud the view, so decision-making is complicated.

At issue is base price. Especially now, when apart from the early-movers in the recovery who jumped in and bought new homes unimpaired by cost and affordability constraints, in spite of builders' zeal to test price elasticity to a maximized tension point, affordability for "regular Joe" buyers is in question.

Yet, there's ever a hope that automation and technology in a new home could work as a differentiator--setting one home builder apart from another, or creating a more palpable spread between new homes and resales.

Builders we talk to worry that if they invest in installing smart home technology systems, they go on a slippery slope. Here are what we're hearing are some of the big builder phobias when it comes to reconciling the costs of providing new single-family homes with pre-installed smart technology, vs. merely equipping the home with structured wiring, and the community with access to a robust wifi signal.

·        The rapid advance of technology turns this year's sizzling hot device into next year's outmoded artifact
·        Incompatibility among devices and interfaces boosts the costs of installed systems
·        Users want to make their own choices when it comes to smart home tech, not fund somebody else's speculation on what they'd want

Here's a piece from the Harvard Business Review we think clarifies what most inhabitants of homes want today when it comes to home technology. It comes down to priorities, variants of desire vs. need, and the common thread of usability. The authors write:

The data show that the most heavily used IoT programs are ones that make home life easier, more distinctive, and more pleasant. Respondents also show a big preference for services that don’t require them to go out of their way to make something work. People using the Internet of Things increasingly prefer interfaces that are more natural and less visible (and attention-sapping) than screens. In other words, they don’t want to type instructions on a tablet, interact with a device, or mess with settings on a cell phone to get what they want. Instead, they value these technologies as “living services” that anticipate their wants and act on them.
To look at the issue of cost vs. value on home tech and automation, it would be helpful for builders of the high volume persuasion to check out work being done in one of home building's more innovative laboratories, which is churning out multimillion-dollar custom homes and a new series of affordably-priced, highly-energy efficient houses, as we speak.

In Walpole, N.H., the Bensonwood Homes' fledgling Unity Homes division turns the cost vs. value debate on its head by thinking differently about thinking differently about how houses and people interact with one another. Here's Unity Homes' founder Tedd Benson on the organization's "secret-sauce" Open-Built approach to issues such as how much a builder should invest in features and functionality that may be ephemeral in its perceived value to a home inhabitant:

The central tenet of Open Building addresses this problem by seeking to separate the base building (“support”) from the interior fit-out (infill). The former is long term, durable and relatively static; the latter is viewed as mutable, ever-changing and relatively dynamic.

There are two parts to the OB proposition. First, in the process, the supports side of the building is seen as public, long term, and involves regulation and professional skills to create a durable and sustainable structure that will be an asset to the community as well as its owners. The infill, on the other hand, is seen as private and should be in the full control of its occupants. It is designed for occupant control, and is designed and organized to reinvigorate the “natural relation” that people should have with their living environment. Second, in the product of the home, the result is a “disentanglement” between the long term and short term (base building and infill), and inevitably between numerous building “layers” that live in time differently.
Tedd and a number of his organization's key brain trust will be with us in two weeks at Greenbuild in Washington, D.C., where we'll unveil the magnificent Greenbuild Unity Home, a LEED v4 initiative that avails of a full repertory of Bensonwood's exclusive approaches to balancing efficiency with quality.

If production home builders learn to "disentangle" what's structural and what's "infill," they can develop processes to replicate and iterate home systems in new ways. Then, they'll fret less over how much automation and home technology they should invest in to make their new homes compelling to today's home buyers.

This article was originally published by Builder magazine on October 30, 2015. 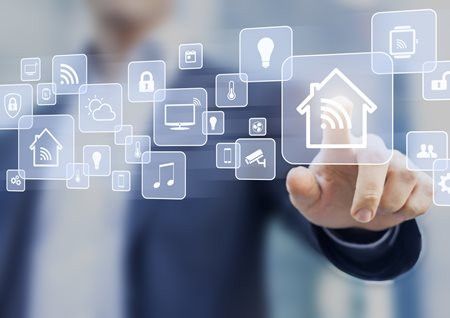